How Prototype Works in JavaScript

A prototype in JavaScript is an object with a special role: it's the parent of another object. And the role of a parent is to provide properties to its children.

Let's see how a prototype is linked to another object.

Every object has an internal property named [[Prototype]]. The value of [[Prototype]] is either a reference to another object or null. Example:

Note that this is not valid JavaScript code as we cannot access directly an internal property of an object. We will see later how to retrieve the value of [[Prototype]].

Let's now see what's the purpose of the prototype chain.

Every function comes with a prototype property (not to be confused with the [[Prototype]] internal property) whose value is an empty object. 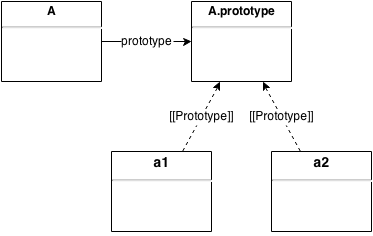 Let's add properties to those objects: 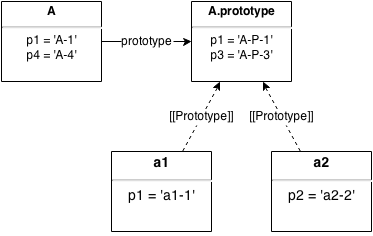 And let's see how they are looked up:

A is not part of the prototype chains starting at a1 and a2. Thus, it has no influence when a property is looked up in a1 and a2. 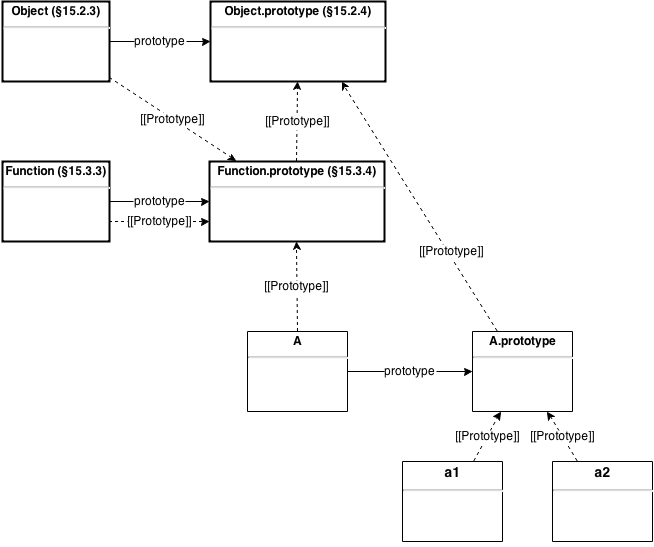 The properties of the native objects are documented in the ECMAScript Language Specification. Below are links to an annotated version of the specification for the corresponding objects:

There is currently one standard way to access the [[Prototype]] internal property of an object and it's by using the function Object.getPrototypeOf. Example:

Although most implementations currently support the __proto__ property, it is not part of the current standard (ECMAScript 5). But it will most likely be part of the next standard. Example: